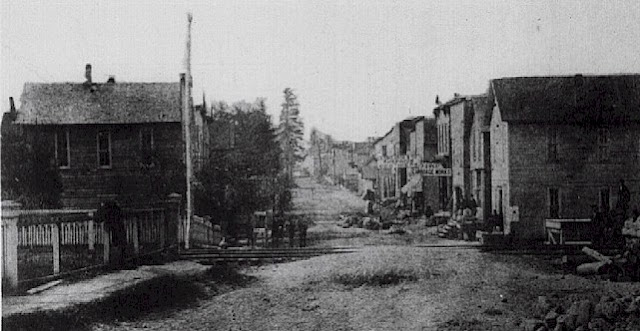 1835. Sallie startled at the knocking - tramps often traveled through, but not in December.

His coat wasn’t heavy enough, and was cut twenty years ago.

“Of course. Wait here a moment.”

There was no coffee, but soup was on the stove. She dipped out a cupful, automatically setting a tray, slicing bread… wait. Why was she making a charity tray?

Was there a tramp, in this weather?

Yes, she remembered the knocking. But why nothing else?

Sallie hesitantly stepped out the door, and found herself back inside; tray, cup, and memory all empty. She shivered.

This is my effort in the annual Advent Ghosts 100 Word Storytelling put on by my friend Loren Eaton at I Saw Lightning Fall. See other entries there. Thanks, Loren!