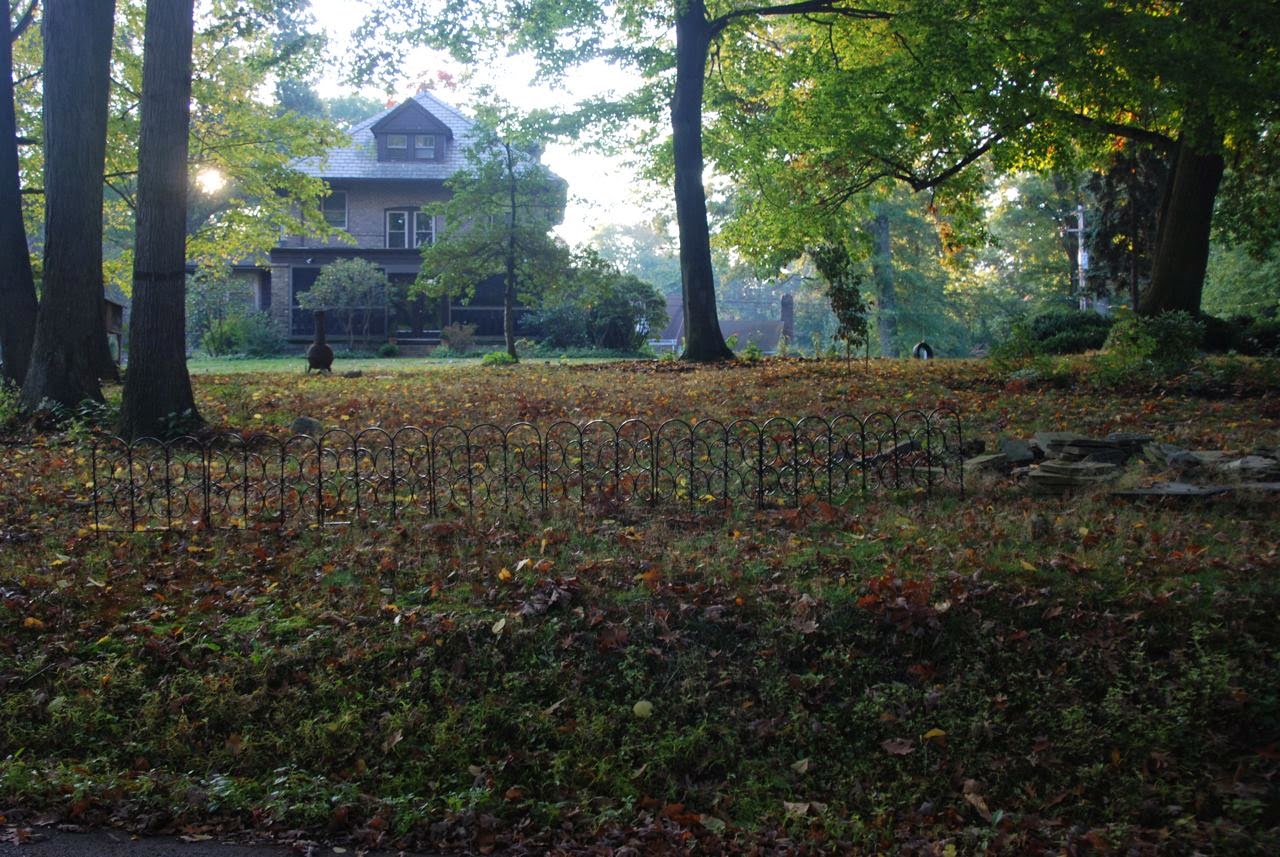 Mr. and Mrs. Myers had moved to Grove City from Talladega, Alabama. Mr. Myers was working for Grove City College as Principal and Instructor in Commercial Branches, Instructor in Penmanship and Orthography, and Accountant. He would later teach Business Arithmetic and Commercial Law, and serve on the Committees on Intercollegiate Debates and Physical Training.

In 1925, Mr. and Mrs. Myers completed their house, and the property was re-assessed for tax purposes.

The house changed hands once before becoming the property of the Grabenhofer family in 1952. During the next twenty years, the Grabenhofer's remodeled the first floor. Removing a wall between the parlor and living rooms, and enlarging the doorway between living and dining rooms, they created a more contemporary, open floor plan. It was probably during this time that a tiled and paneled library at the back of the house and a large front porch were added. Matching brick on the outside and new, Art-Deco-detailed woodwork on the inside helped maintain the house's historic character.

After a series of four other owners, the house fell into disrepair, and sat vacant for about a year. Mr. James Witmer and his wife, Julie, bought it November, 2013, and moved in with their three children. They named the property Havenwood, and began two long-term projects: Restoring the house, and installing a classic, English-inspired pleasure garden around it.
For more about the ongoing projects, especially the gardens, visit http://wifemothergardener.blogspot.com