A Song of Grace 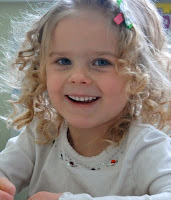 Reading through the Old Testament with my kids (via Eegermeir's Bible Story Book) has taught me a lot. Stripping things back to the bare essentials does much to reveal themes in the greater story.

Today I am struck by the reason given for Israel's frequent slides into idolatry. We are told that, over and over, they forgot what God had done for them, and began to worship other gods.

Doesn't it seem kind of odd that turning away from God is attributed to a failure of memory? What about: "The children of Israel found the worship of a fertility goddess more interesting"?

Or, "The children of Israel got tired of traveling all the way to Shiloh to worship the Lord, and longed for the convenience of an Ashera pole"?

But no, the Bible tells us that it was forgetting what God had done for them that led them astray. Without the bright truth of Yahweh's covenant before them, the prevailing beliefs of their time must have seemed reasonable, even practical.

I believe that God knew this would be a struggle for His people, and that is why so much of Israel's faith tradition is devoted to remembering. We live a much less structured faith life, but I think that the battle to remember is still key. That is why I want to devote an article to some things I wrote years ago:


In August 2004 our first child died, unborn. The grief was wrenching. I’d heard it said that unless you’ve been there, you cannot understand, and I learned it was true.

We had waited, wanting to be sure this was what God wanted - that now was when He wanted. He said “Now,” and now this.

Never has the doctrine of sovereignty been colder and less comforting. Never had our hearts squalled so convincingly that God was unfair, cruel - that, if He really is sovereign, He must be the universe's biggest jerk.

Growth from that point was hard. Could I learn to praise when His good did not agree with mine? Matt Redman’s popular song, “Blessed be Your Name” was by turns a solace and a torment.

But somehow grace held and, thirteen months later, on the exact same day of a new pregnancy, it happened again. At the wedding of a childhood friend they came: the pain, the symptoms, the diagnosis from the doctor (this time over the phone). Our second child, gone.

We had a quiet two-hour drive home that night, and I had plenty of time to think.

Our marriage had been lived in the aftermath of my decisions to 1: Take a BA in English, with no preparations to do anything but write, 2: Not move into a city where there was actual work for writers. I always figured that at some point we were going to turn a corner. I was going to find a better job, we were going to have kids and a house big enough for visitors. Things were going to be...well, not easy, but less filled with disappointment.

As I drove with tears running down my cheeks, I faced the truth that I had no guarantee of turning that corner in this life. I knew that one of my favorite writers, George MacDonald, wrote novel after novel of faith-filled stories, earned little, and died early from the abuses of poverty. I admitted to myself that, if it wasn’t to God’s glory for me to have the things I wanted, disappointment could be my life until I reached heaven.

This train of thought tore itself off the tracks in one violent mental exclamation: D--N IT, GOD!

But to my amazement, there were no angry words to follow. Nothing inside me rose up to rail against the unfairness of it all. Instead, I found myself telling God that I didn't care how hard He let life get - I was just sick and tired of being mad at Him.

Ever have an argument with your spouse that goes too long? At some point it doesn't matter anymore - you'd rather lose and reconcile than be right and at odds. That’s where I was with God. For the first time, when I said He could do whatever He wanted with my life, I did it without the desperation that comes from doubt about how I might react in a really bad situation. I really meant it!

I don't know how to explain what a miracle this was. All I can tell you is that the relief and amazement that swept over me when I saw the state of my heart was profound. With tears on my cheeks, I began to laugh inside. The worst day I can remember living through was followed by the most genuine and awestruck worship I’ve ever offered.

Two and a half weeks after the miscarriage we learned that it wasn't a miscarriage after all. Despite the symptoms, there was a healthy, 100% normal baby with all major organs and appendages, waving three out of four limbs and grooving away.

I got two miracles for the price of one. One is now a five-year-old beauty we named Grace Noel - a song of God's grace. The other, hope for a heart re-made, I hold nearly as precious.

I even wrote a song about it. I called it "Job's Song", after the man who considered knowing God worth the loss of everything. But I think maybe I'm just going to call it after her.